This is the only off-the-shelf solution that will bridge multiple liquid cooling components with a unique mounting mechanism. It is specially made for the ROG Maximus Z690 Formula, to which you attach any of the existing Intel® LGA 1700-socket-compatible EK-Quantum Velocity² CPU water blocks, after which this VRM bridge binds them together.

The voltage regulating module cooler of the Formula motherboard has two operating regimes – the CrossChill EK III lets you cool the VRM with either air or water. Water cooling will provide lower temperatures, and in doing so, improve stability during high overclock frequencies. Engineered with a nickel cooling channel that's incredibly effective at removing heat.

The new EK-Quantum Momentum² VRM Bridge will replace the standard approach to connecting the integrated CrossChill EK III with the liquid cooling loop. Instead of using several angled and four tubing fittings, you only need EK’s VRM Bridge (plus two fittings that would be used on the CPU block anyway). The Bridge acts as a single entity, channeling coolant through the CPU water block and VRM cooling block with two connection points.

A unique mounting and locking solution have been developed exclusively for the EK-Quantum Momentum² VRM Bridge. Here at EK, we care about design, form, and functionality, which drove us to develop this mounting mechanism that holds a patent.

The user-friendly locking system is operated in just a few simple steps. This allows for the CPU water block and the integrated ROG Maximus Z690 Formula VRM cooling block to be connected in a few minutes. There is no need to mount several angled fittings, cut tubes to size, and then connect all that together – the EK Bridge solution simplifies the whole process. 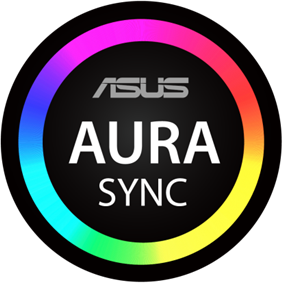 This product is compatible with ASUS Aura RGB control software. The arrow marking on the 3-pin LED connector is to be aligned with the +5V marking on the Aura_gen2 header.

This monoblock bridge solution is only compatible with the ROG Maximus Z690 Formula motherboard and EK-Quantum Velocity² 1700 CPU water blocks.

・Only 4 push fittings to convert it to a monoblock are included in the package, you require two more fittings as with any CPU block or monoblock for incorporating it into your loop.
・Compatible only with ROG Maximus Z690 Formula motherboard!
・Compatible only with EK-Quantum Velocity² 1700 CPU water blocks!
・Follow the manual for the installation process.
［保証に関して］
初期不良対応のみとさせていただきます。
期間はお客様の手元に到着した日より１０日間となります。
お客様のご都合による商品のご返品は受付ておりませんのでご注意下さい。
オリオスペックのご案内
お支払方法について
銀行振込